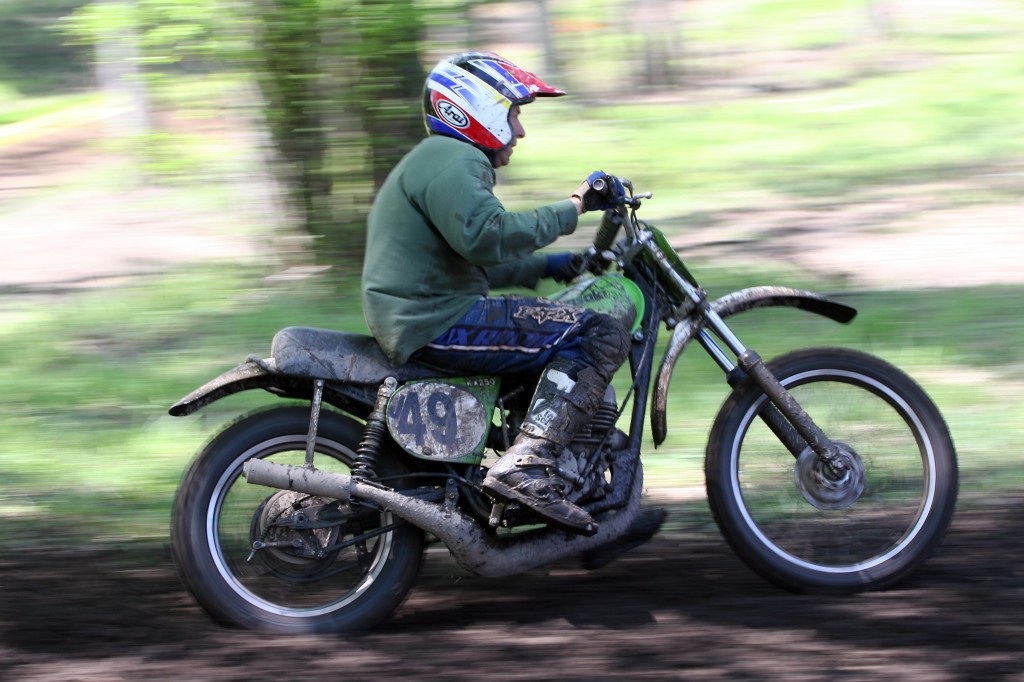 In April 2008 a friend and I drove up to Jefferson, TX to watch an AHRMA national. As soon as we drove through the gate, I told her I’d love to ride that track. What I saw was a natural terrain grass track that wound it’s way through the trees. It was, by far and away, the most picturesque track I’d ever seen. Granted, my experience with MX was pretty limited at that point, but still. We had the best time, probably the most fun I’d had watching racing up til that point. I had no clue that just a couple of years later, I’d be racing that same event! Lucky me….a girl’s day out somehow led to a love affair with vintage bikes, there’s nothing I’d rather race. It’s more fun than a person should be allowed to have and the people are the best!