Motocation? What the heck, right? Well, that’s just what I’ve returned from. What I’m going to call “The Ultimate Motocation”. For me it was an opportunity to see a part of the United States I’ve never seen and ride at a track that has been on my bucket list…since…well, since I started riding mx. Man, I’d like to say that I’ve been riding mx for most of my life. But I can’t. Before moving to Houston, I’d ridden mx just a handful of times. Don’t get me wrong, I learned how to ride a bike long before that, when I was 20 or so. But that was in the desert and that’s a whole different game. So, moved here in August 2006 and the rest, as they say, is history.

Anyway, back to that bucket list. I guess the older I get, the longer the list gets. Believe it or not,most of it has very little to do with mx. But there are (were) a handful of tracks on there. Red Bud, Glen Helen, Washougal and Unadilla. A few years ago I got to ride at Red Bud with a group of friends. In 2010 I got to race at Glen Helen and now… 2013. Ta-Da, Unadilla is off the list baby! And even better, I got to race vintage bikes there! Was it awesome? Heck yeah it was awesome! The track was unlike anything I’ve ridden, using the natural elevation changes soooo well. I’d love to have had more laps there because by the time the weekend was over, I was finally starting to learn the track. The best race for me was on Sunday in the +40 intermediate class. 22 bikes on the line and I finished with a 7th overall. I was pretty darn tickled about it. But even better than the racing was the time spent with friends. It’s one thing to check something off the bucket list. It’s entirely another to share it with friends.

It’s trips like this, spending time with friends, get to do something I truly enjoy and feel passionate about, that I am reminded.. I am a very rich, very lucky gurl…. 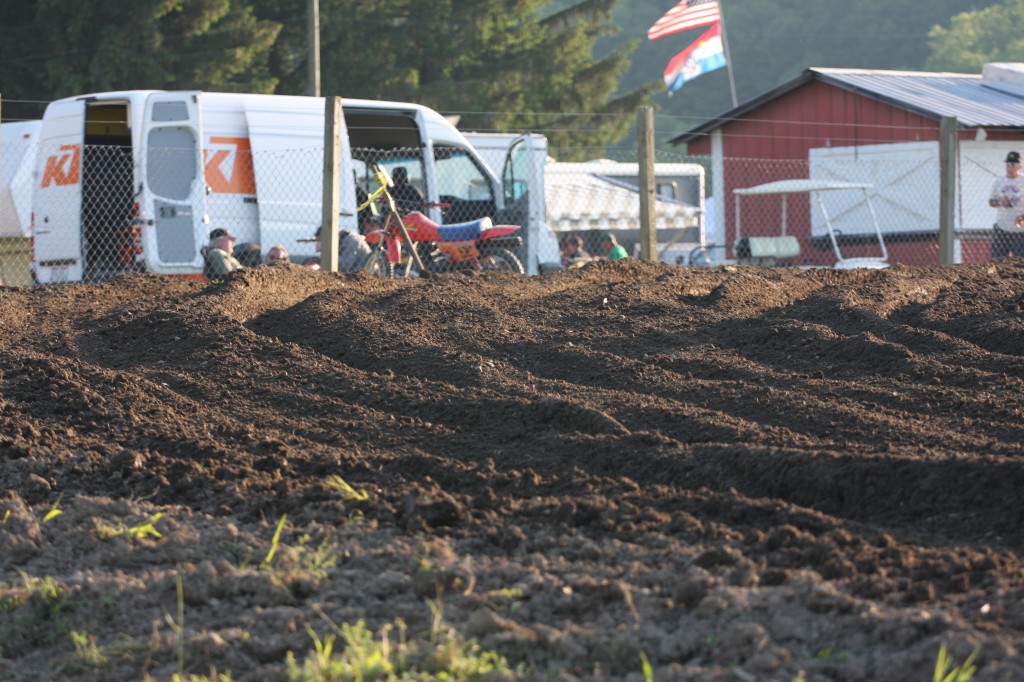